With the beta launch of hyper cloud, I want to share a little bit about how hyper itself works under the hood, and how we leveraged the architecture to build tools that we use to build hyper, with hyper.

We are currently offering hyper cloud tours and a free Architecture Consultation, If you think we could help you build your next great project, let us know!

At Hyper, we embrace the Clean Architecture approach to building software. This means separating side effects from business logic and working hard to keep business logic separated from other components.

Hyper is built using a "Ports and Adapters" approach.

The general idea with Ports and Adapters is that the business logic layer defines the models and rules on how they interact with each other, and also a set of consumer-agnostic entry and exit points to and from the business layer. These entry and exit points are called "Ports". All components external to the business layer, interact by way and are interacted with, the Ports. A Port defines an api but knows nothing about the mechanism or the impetus. Those two things are an Adapter's job.

Adapters perform the actual communication between external actors and the business layer. There are generally two types of Adapters: "Driving Adapters" and "Driven Adapters". 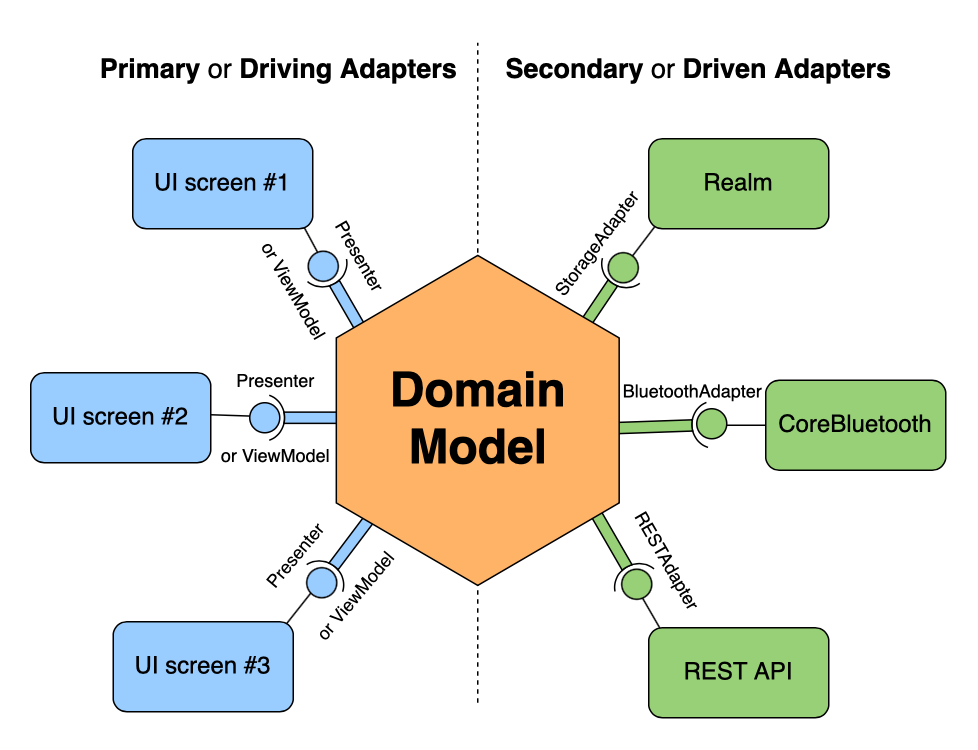 When building software, a decision is a set of constraints, and ideally the pros of accepting those constraints outweigh the cons. So we ought to defer accepting constraints until we have as much information as possible to inform that decision. Clean Architecture enables us to do just that.

It also allows for the separation of concerns. Each tier of the architecture can change without requiring changes in the other tiers. This is important because some tiers are more volatile than others; typically the UI of an application changes faster than business rules for example.

The only time we must touch multiple tiers is if a Port is changed. And that is usually a find and replace 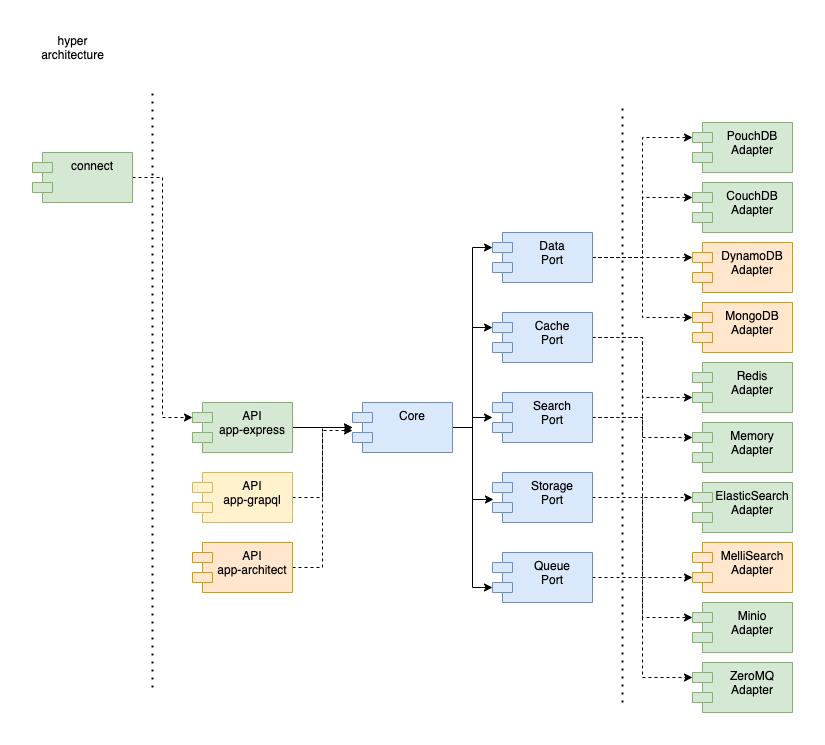 The Driving Adapters in the Hyper Service Framework are called "Apps" or "Apis". We currently have two Apps available shown here. The GraphQL app will need to be overhauled eventually, but the Opine app is up to date and provides a RESTful api.

In the future, we would like to see more app offerings. A CLI app, a GRPC app, we've even discussed a Service Worker app, so that Hyper could be run entirely in the browser, on a Service Worker 😎.

The business layer in Hyper is called core which contains all of the business logic and enforces each Port. Core also defines the Port that a Hyper App calls.

There are multiple Ports defined in the Hyper Service Framework. You can see them all here.

The Driven Adapters in the Hyper Service Framework are simply called "Adapters". You can see many of them here. Each adapter implements a Port api and does the heavy lifting of communicating with an underlying component.

A Hyper Service is combination of the components described above:

I hope you're noticing something:

Adapters and Apps are interchangeable. This is how we can test our business layer without choosing a database, for example. We just mock the Adapter that communicates with the database.

This also means we can run the Hyper Service Framework using a set of "local development" adapters.

Hyper Nano is the compiled Hyper Service Framework using a set of "local development" adapters. It's the same Hyper RESTful app, and the same Hyper Core, but with a set of adapters that allow it to run locally sandboxed, and simple to quickly spin up and then blow away.

Hyper Nano has some other features that we will cover in another blog post.

At hyper, we use Hyper Nano to develop hyper products. When building hyper cloud, we simply spin up a Gitpod Workspace, which installs our dependencies, starts Hyper Nano, and bootstraps our services. The result is a completely sandboxed local development environment in Cloud 😎 ☁️⚡️. Yes, we use hyper to build hyper.

Then in deployed environments, we use the Hyper Service Framework, but with actual Adapters to actual external services. Our interactions with Hyper does not change between Hyper Cloud and Hyper Nano

We try to practice what we preach, we dogfood practically everything we build, and hopefully, this provides some insights on how Hyper works internally and why you might consider trying Clean Architecture and Hyper.

We are currently offering hyper cloud tours and a free Architecture Consultation, If you think we could help you build your next great project, let us know!

In my previous post about Clean Architecture at Hyper, I briefly mentioned Hyper Nano. In this post, i'd like to focus on Hyper Nano, and how you can use it 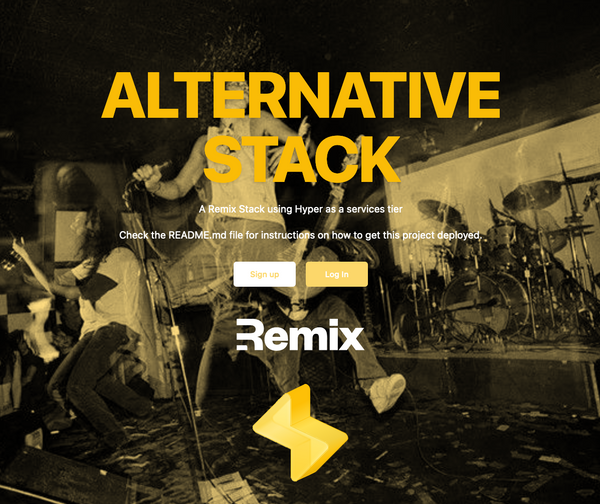 At hyper, we love web standards. Web Standards are rules established by international standards bodies that define how the web works. These bodies put a lot of effort into ensuring